Working with talented artists in China

The following is the first of many posts by label founder, Jarome Matthew.  Jarome will be blogging about his exciting experiences as a producer and label owner, so be sure to check back often!

I recently spent an amazing couple of weeks working with some talented musicians in Beijing, China, for various projects.

I recorded several incredibly talented musicians in the studio of Pro Soul’s own Elika Mahony. The studio has gradually been upgraded to the point where it is almost as good quality as my own. This visit, we further enhanced it with the SE Reflection filter on the left.

The first artist we recorded was talented musician, Jin R, on her beautiful Yang Qin. 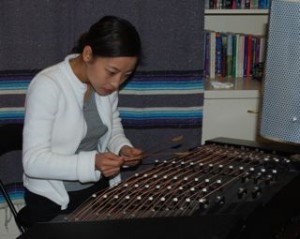 Jin R is a famous modern chef in China and the owner of Green T Living restaurants across China and Hong Kong. The Yang Qin is a famous Chinese hammered dulcimer originally from Persia and resembles the Persian Santur.

Jin R played improvised compositions with fluidity and emotion for a special spiritual Chinese CD featuring a number of Beijing artists. It was inspiring and moving to capture live. 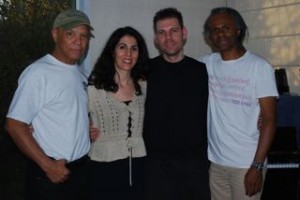 We also had the privilege of recording Phil Morrison and Keith Williams, two extremely accomplished American jazz musicians who are fusing jazz with traditional Chinese instruments, such as the Erhu, and are taking advantage of a new emerging jazz scene in Beijing and Shanghai. Their song was one of 30 selected for the 2008 Olympic Games in Beijing.

In addition, we had the pleasure of being able to record Chinese superstar singer and Erhu player, Cheng Lin, who was recently honored with a lifetime achievement award for some of the most memorable Chinese songs of all time. 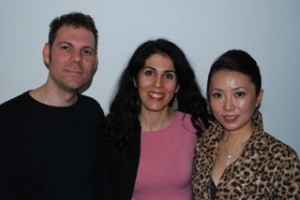 It was great to work with such a seasoned professional and a genuinely kind and humble person, considering she has sold over 23 million albums in China! She is also a victim of the changes in the music industry. Especially in China, things are challenging, even for those who are well-known. We have been discussing how Pro Soul can help her, and she is excited about it.

One of Lin’s dear friends, Lily, is another talented vocalist on the project. Lily will be singing several of the songs from Elika’s most recent album, Fire and Gold, in Chinese. 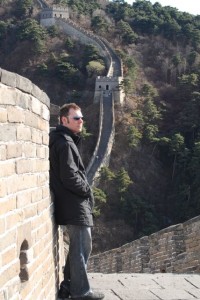 In between sessions with these artists, we were working on new material with Elika for an instrumental album and a new progressive original pop album that I am very excited about. We were also putting the finishing touches on her latest album, Birds of Love, a special book and EP album on the theme of Love and Marriage. The package will be an elaborate fabric-covered book of quotes with CD inside, which would typically be far too expensive to produce, but we met with a fantastic product designer in Beijing that can design our product very beautifully at a fraction of what a simple CD jewel case and booklet would cost in North America – another great resource for Pro Soul artists!

While in China, I talked with other artists, some of which were originally from North America but had moved to booming Beijing to escape the instability of the economy. China represents over 60% of the world market for music, so I will undoubtedly be working with more artists in China and spreading the Pro Soul philosophy and assistance to artists in Asia next year.