Why using pirated software will make you a worse producer?

To pirate, or not to pirate: that is the question that all bedroom producers face when they come to music software.

The truth is, music production software can be expensive and pirated copies of everything from Ableton Live to Logic and hundreds of plugins are rife across the internet, ready to be plundered.

When you are a young, bedroom producer with little to no money, the chance to get your hands on professional music making software for free can seem like a no brainer, particularly when a lot of other amateur producers are doing it already.

Some bedroom producers believe that piracy is a perfectly acceptable thing to do at the beginning of their careers when they don’t make any money from music.

But before you jump onto bit torrent bandwagon, consider this: you will be a worse producer if you use pirated software. That is not a fact – it is just a feeling, a belief if you will.

Let’s explore this idea further. Imagine there are two aspiring bedroom producers. The first producer, impatient for success, downloads all of his software illegally. After all, it is there for free so why not? He gets a cracked copy of Logic, manages to get it up and running (minus a few small features), and starts playing around with the software.

After a few hours, he gets a bit bored by his lack of progress. Producing electronic music is a lot harder than he imagined. He doesn’t know how to create a solid beat, and everything he has done so far sounds a bit lame. He didn’t read the instruction manual so doesn’t really understand how to do anything complicated. He gives up. Maybe he will return to it tomorrow when he can bothered.

The second producer decides to save up and purchase a legitimate copy of Logic. It takes him a couple of weeks to save up. Whilst he saves, he reads up on how to use the software and watches tutorial videos on how to create beats. He’s excited about his purchase and can’t wait to get started. Tomorrow is the first day of his new life as a music producer.

When he buys Logic, he starts making beats immediately because he already knows his way around the software. His creativity is unleashed. Sure there are a few bumps in the road, and the occasional roadblock, but because he paid for the software, he is more determined to master it.

He is willing to learn every nook, trick, tip and cranny. The software, after all, is his. He paid for it, and because of that he values it more. Giving up now would be waste of all of that money.

And there in lies the rub: the financial commitment that you make when purchasing legitimate software can act like a carrot of encouragement. When you purchase software legally, you are not just paying for a product, you are investing in yourself and your dream.

Using pirated software on the other hand, that just means you’re not really, truly, committed.

Of course there are other reasons, such as unstable software issues and no ability to upgrade to fix problems and ad new features. These are some of the reasons why all Pro Soul does not use any illegal software! 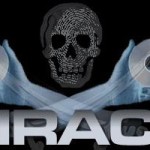 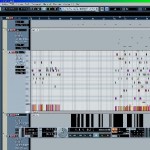