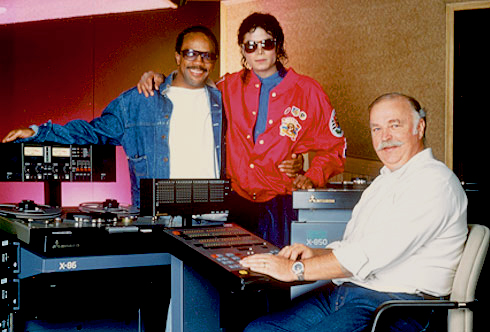 Few artists not signed to major labels realize the importance of good music production. With the influx of technology that makes it easier to record at home comes a range of people making unprofessional recordings. While this technology is good for musicians as well as the writing and recording process, it cannot replace the knowledge and experience of a professional producer.

To understand the differences between a demo or self-produced track and a professionally completed one, take a listen to an unreleased, home demo version of the hit song “Billie Jean” by Michael Jackson.

At first listen, the song sounds good. Nobody could say that Michael didn’t sing well, or that this was not a well-written song. But after listening to the finished version that came out on his album, there are some majot  differences:

The intro to the song is a bass and drum groove, simple and catchy. The finished version, however, immediately gives a sense of power and tightness not felt in the demo. This comes not only from the bass and drum sound selection, but the clarity and fine-tuning of each instrument. It is this combination that made the song a dance hit. Within the first few seconds, the listener will recognize the song, and chances are, they already want to dance.

The singing in “Billie Jean” is equally amazing. It is a subtle performance, with lots of dynamic change, laced with Michael Jackson’s now famous squeaks and Ooohhs. But listening to the demo version, its intricacies are lost, buried in the song, and the background vocal tracks don’t support the melody the way they should.

In the end, it is the simplicity of the song that makes it so good. Each instrument has a place and a purpose, leaving enough room to hear all the parts clearly. In this way, the finished version is less distracting than the demo. It is more focused on the groove and vocal performance, translating into a pure emotion for the listener.

These detailed ideas from Michael and producer Quincy Jones were deliberate and made with care. A lot went in to the recording process, and many stories came from the sessions.  One includes the bass player recording the track on every bass he owned before they decided which one to use. Also, the mix engineer supposedly mixed the song a whopping 91 times before they released the song.

Professional mixing, mastering, and production simply divide the responsibilities of making a great song between different parties to get a better result. Artists and songwriters should have their music professionally produced, not because they are unable to do it themselves, but because their focus should be on the writing and performance, not the recording process. This allows the producers to use their talent and knowledge to make that song into the best music possible.