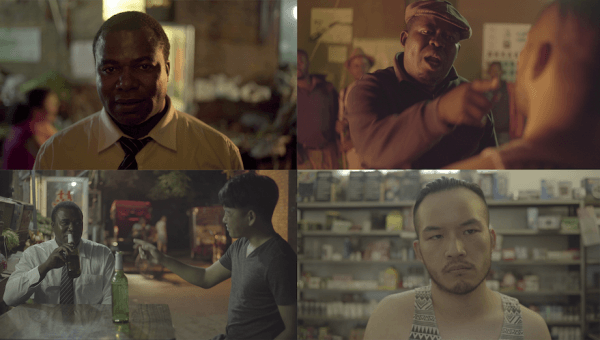 He says, “This is a film about two immigrants, a Chinese shop owner in Lesotho and an African Doctor in China. This 20min film is about how stereotyping and racial profiling reduces our empathy. Cultural understanding is ever so important in our global village.” 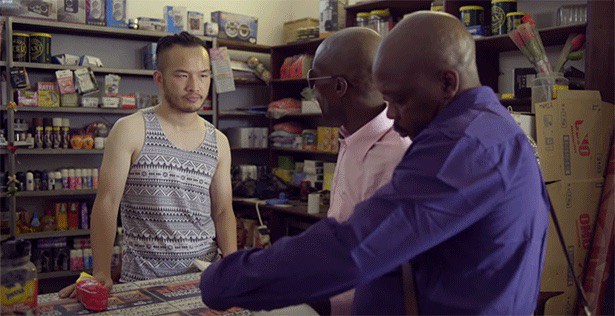 As featured on the the China-Africa Project’s podcast, and Facebook page, short film Laisuotuo 莱索托.deals with an important issue in China and Africa, the fear and dislike of each other due to the lack of foreigners, especially radically different in looks and culture from locals.

There are two stories joined together with empathy. The first story takes place in Beijing, China. An African doctor, fluent in Mandarin Chinese, goes to visit a new patient. She’s blind, and her husband asks the doctor not to tell her that he is black. After the doctor leaves, the blind wife admonishes her husband for treating people of colour, differently.
A vivid dream sequence, in the short film Laisuotuo, on the Great Wall of China, serves as the transition between the two stories. This scene had no sound initially, so Jarome created a sort of strange battle score to match the visuals of the scene.

The second story takes place back in mountains of Lesotho. A young student is expelled from school because his father cannot pay the school fees. The principal sends him home, and his father apologised half-heartedly. The father sends him to buy flour and warns him not to buy from the Chinese shop.

Jarome needed to do extensive sound editing, cleanup and sound design as due to the low budget, many scenes had no sound at all. He was determined to make the sound as professional as possible despite the budget because of the important and much needed message of the film.

We encourage you to watch this short film below. It’s a good lesson for South Africans as well as Chinese given the high levels of xenophobia the last 10 years. More Chinese migrants will come to Africa, and more Africans will study and work in China. This film shines a light on some of the immediate challenges facing us in a multicultural world.

High Quality Version for outside China:

For within China, low quality: