China’s pop icon Cheng Lin is back, live in concert!

Chinas most celebrated recording artist, vocalist and Erhu master Cheng Lin has returned to the spotlight with a long-awaited launch of a new album. Having sold more than 25 million albums through her career Cheng Lin is no stranger to album releases. What’s unique with this launch is that it’s her first album release in 15 years and it marks both and ending and a new starting point of her career. The album covers remixes of some of her biggest hits throughout her career as well as brand new material inspired by western and multicultural rhythms and melodies. The result is a unique music style, a blend of east meet west that are sure to touch the hearts and move the spirit of music lovers around the world. 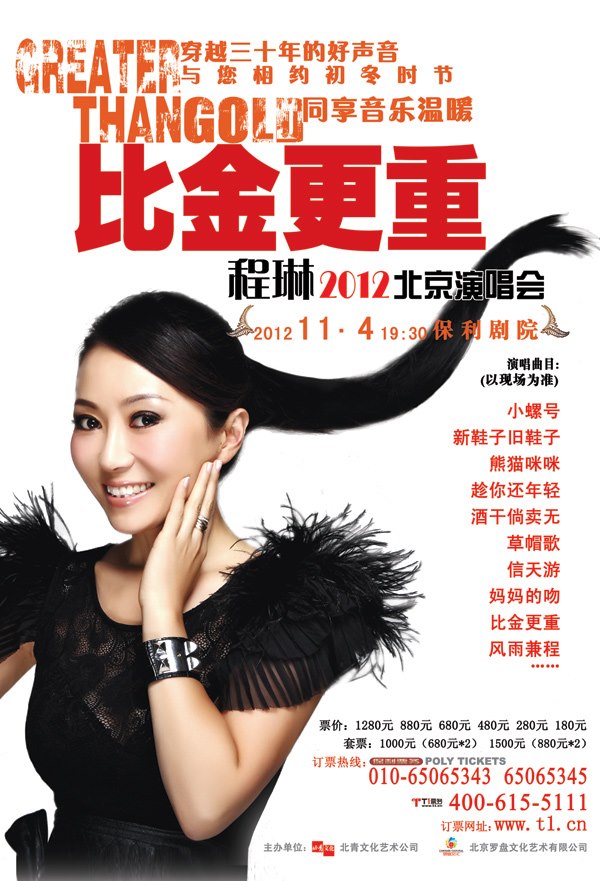 Lin will be performing songs from Greater Than Gold as well as new versions of her classics that made her famous live in concert set in Beijing at the Poly Theater on November 4th 2012 with three time Grammy Award winner KC Porter and other guests. Visually the concert promises to be something far from ordinary with both the stage and some of Lin’s outfits designed by Chinese Fashion designer extraordinaire Guo Pei. If your in China, you can get tickets here: http://www.t1.cn/piao/ticket_5088.html

Pro Soul is assisting Cheng Lin promote this concert and increasing awareness of her new music online, helping her connect with fans and developing new strategies to support her future productions and projects.